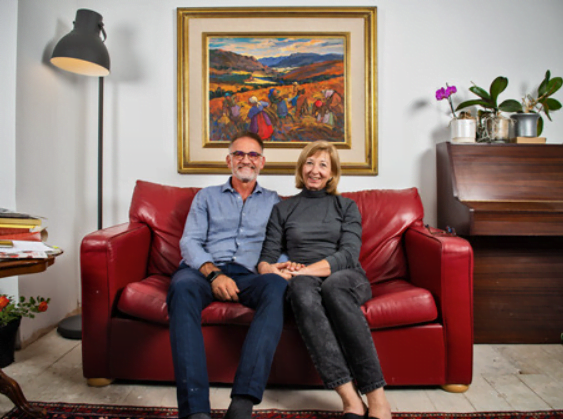 Anne and Mark met when they were twelve years old in primary school. They were best friends through school and university. “She had a boyfriend, and I had one. We cried together when things went wrong.” Mark realized that Anne was the love of his entire life and that Anne was the one for him. They fell in love in 1985, and they were married the first January 1986.

“I was waiting for Mark, but he was just too slow. In my final year of university, I met a man and he asked me to marry. I agreed. We were married and divorced 19 months later. Mark, my best friend, was the first person I reached out to for support. He was there for me through the whole process, and he helped me move back to my home. He helped me start my life over in a new place. He disappeared for months, and I didn’t know why. 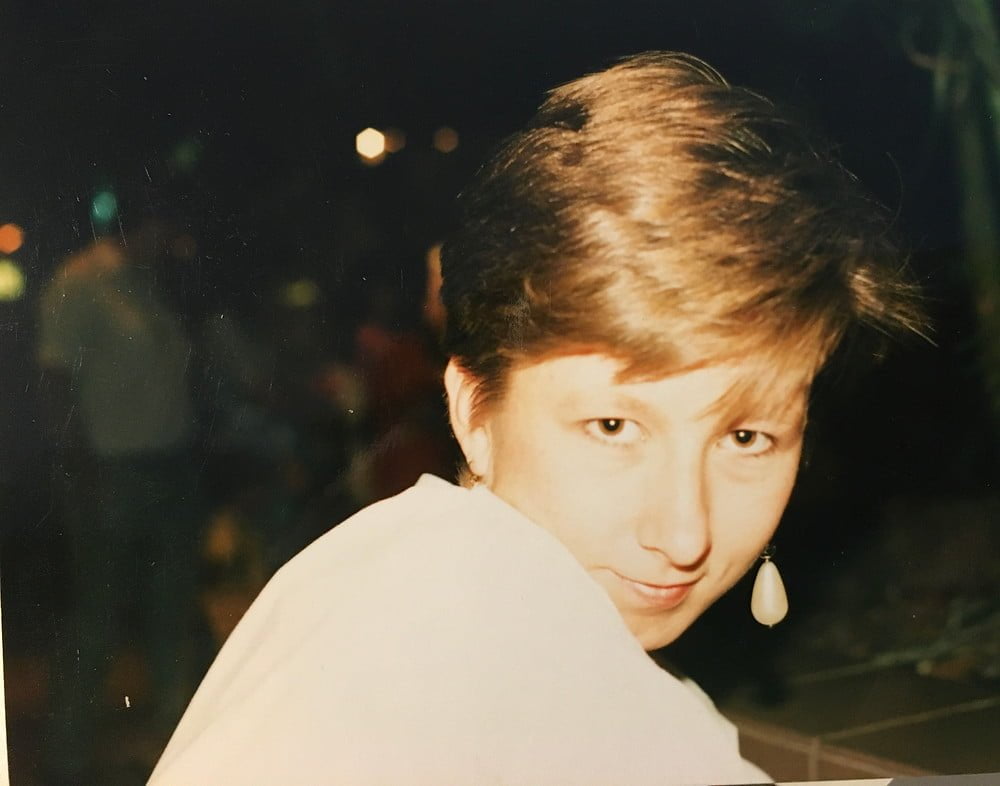 After that, we didn’t see one another for a while. I eventually started my social life over again. After a weekend away, I returned to my home and received a note from Mark. It stated that he had visited me. I’d love to have you visit me if you’re interested.” That was it. So I got into my car and drove to him.

Mark stated, “Some of my friends were already getting married.” I made a list of the characteristics and qualities I desired in a partner one night. I looked at my list and realized she had all the right qualities. I realized that she was right in front me, and something I hadn’t realized. Anne is my ideal partner. Anne was my ideal partner. I hadn’t seen her in a while as I wanted to let her heal from the divorce. “I panicked when I learned she was seeing other men and thought I might lose my chance.”

Because I was afraid I would lose my friendship with Anne, I didn’t ask her to marry me sooner. Our relationship was built on friendship.

Do you want to marry me?

Anne drove me to university shortly after I had sent her a handwritten note. We were both sitting in her car, and Anne was at the wheel. I looked at her and asked “Will you marry me?” I looked at her and she said, “sure, when?” That was the beginning of our adventure as a couple.

We initially thought of eloping to marry and informing our parents afterward, but then we realized that they might be upset. We got married three months later. Our wedding ceremony took place on 31 December 1985 at 11pm. We were married on the 31st December 1985 at 11pm. New Year’s Day is always special for us. It’s funny because people believed you were having babies in those days of rushing to get married. People were closely watching and there was no sign of a baby. Six years later, we had our first child.

Mark said, “Getting married was an easy decision. It’s possible to fall in love romantically with someone only to find out six months later that you are not compatible. It’s a great foundation for starting a marriage when you are friends.

Mark and I became more aware of our personal space, and it was awkward to hold hands at first. It was quite strange to be friends again and then we became lovers.

We were both born and raised in South Africa but felt a strong connection with the UK. South Africa was once a British colony, and we were constantly informed about events in the UK. 1981 was the Royal Wedding, and our country was at a halt! Everybody was watching Diana and Charles get married on television. For us, the UK was like a grandfather. It’s part and parcel of our history but we don’t really know it well. We have always wanted to see the UK, it is part of our history.

Our friends convinced us to travel to Europe in 1993. This was a very special trip for us. People who had lived in South Africa at that time couldn’t travel to certain countries due to Apartheid sanctions. We felt this was home when we arrived in the UK in 1993. And now, we’re here! It is difficult to move to a foreign country. Also, it is more expensive than South Africa.

We didn’t always have much money in those first days of living here, but we managed to make the most out of the PS20 we had per week (sometimes less) to pay for food and travel.

We didn’t complain when we had little. We gave up a lot to be there for one another. We knew that we had to sacrifice our short-term needs and wants. This is what happens when couples get into arguments over money. We believed that things would get better one day. We walked everywhere and saw everything that London had to offer. To save money, we also shopped at the supermarket’s reduced section. Because we were both steering the ship in the same direction, it worked.

Mark says, “A relationship is giving and taking.” Everyone can experience hardship. A situation can be seen as something that will ruin you, or as an opportunity to make you stronger. People looked down upon me after I fell off a roof in 2008. They would ask Anne why he was so mad and point at me. Because I was in a wheelchair, they thought I was stupid. It made me empathize with people who have long-term disabilities and how they are treated. It was very difficult. I couldn’t work and earn money. Anne was the one who carried that heavy load. I was able to rely on her for support during this difficult time. It taught me so much about myself as well as my relationship with Anne.

Mark was able to recover and they began running marathons together. Anne was very tired and sick during one race and collapsed just 100 meters before the finish.

Mark reached out to Anne and stated, “We haven’t come this far, but to get here.” We must get to the finish! We made it to the finish line in record time when I picked her up. This is how our lives have been. We carry one another when someone falls. Although it’s not always easy, we make it to the end together. 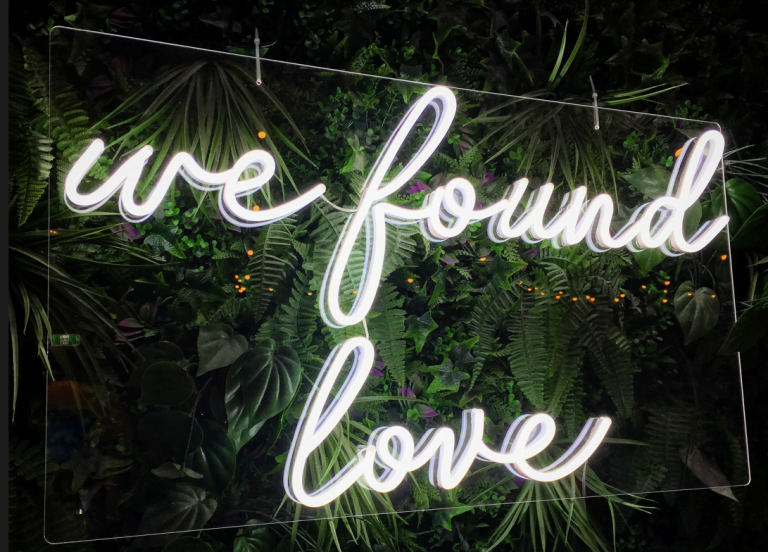 It was the party where I found love. I was just a young girl, barely out of my teens, when I met him. It was the 1980s and love was in the air. I can still remember how handsome he was, and how he made my heart flutter when he looked at me. We danced… 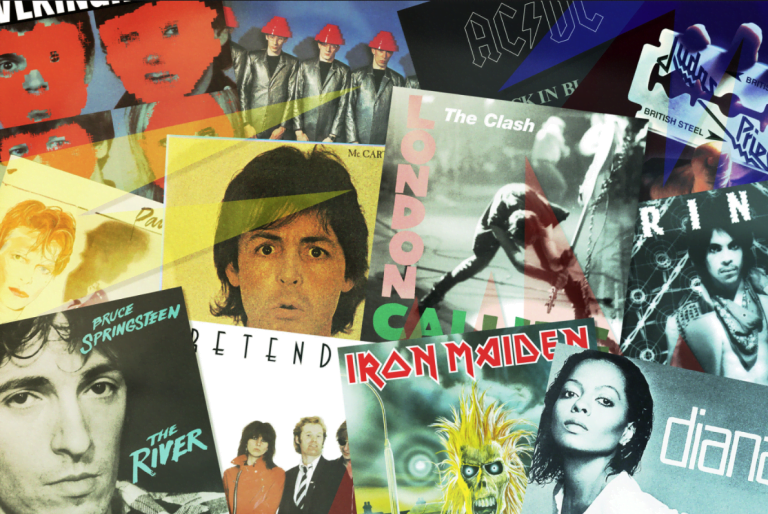 The 80s were a great time for music, movies, and fashion. It was a time when dating was simpler and love was more innocent. Today, the 80s are making a comeback in popular culture. And that’s why I love the 80s. When I was growing up in the 80s, dating was a lot different than… 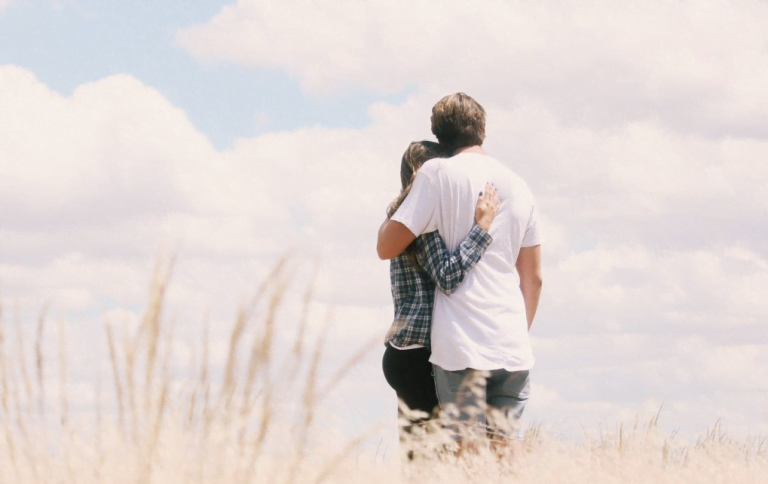 When I found love, it was in the 80s. I was young and in love with the idea of love. I had seen all the movies and read all the books about love, and I was convinced that I would find my happily ever after. And then I met someone who changed everything.We met at…

We use cookies on our website to give you the most relevant experience by remembering your preferences and repeat visits. By clicking “Accept”, you consent to the use of ALL the cookies. Do not sell my personal information.
Cookie SettingsAccept
Manage consent

This website uses cookies to improve your experience while you navigate through the website. Out of these, the cookies that are categorized as necessary are stored on your browser as they are essential for the working of basic functionalities of the website. We also use third-party cookies that help us analyze and understand how you use this website. These cookies will be stored in your browser only with your consent. You also have the option to opt-out of these cookies. But opting out of some of these cookies may affect your browsing experience.
Necessary Always Enabled

Performance cookies are used to understand and analyze the key performance indexes of the website which helps in delivering a better user experience for the visitors.

Analytical cookies are used to understand how visitors interact with the website. These cookies help provide information on metrics the number of visitors, bounce rate, traffic source, etc.

Advertisement cookies are used to provide visitors with relevant ads and marketing campaigns. These cookies track visitors across websites and collect information to provide customized ads.

Other uncategorized cookies are those that are being analyzed and have not been classified into a category as yet.